(Update: 5/4/2019): Chromia announces its intent to hold its IEO on Kucoin Spotlight later this month

ChromaWay announced its plans for the Kucoin IEO through a CoinDesk article earlier yesterady. More details to come out soon.

The Chromapolis Platform, the result of 5 years of hard work and blockchain research by a team of superstars.

There has been whispers of a ChromaWay ICO all around the internet after Charlie Lee (founder of Litecoin) and Vinny Lingham (founder of Civic) joined their advisory board. Chromapolis, a platform blockchain created by ChromaWay, is an attempt to address the scaling and usability issues associated with platform protocols such as Ethereum. First off, we invite all of you to read their whitepaper when it’s publicly available, as this fundamental analysis is a high-level overview of the most big-picture aspects of their project.

The Chromapolis team, led by CTO Alex Mizrahi, identified a number of issues with existing platform protocols, namely limited capacity, prohibitively expensive transaction fees, poor data modeling tools, error-heavy contract language, rigidity of contract upgrades and developments, and poor light client support. Applications, according to Chromapolis, must be designed with a large audience in mind in order to be flexible and responsive.

With consideration to the governance of decentralized applications, Chromapolis (along with many other establishments in blockchain) believes that developers would make both front-end and back-end code open source. Chromapolis will then include optional governance mechanisms to allow users to control various aspects of application functionality, such as code upgrades. Postchain, which we reviewed here, is ChromaWay’s golden egg that will shake up the entire blockchain industry.

“Many database systems have been around for years and are trusted in production by enterprises around the world. This means that with Postchain, a blockchain solution can be implemented by a SQL developer. There is no need for specialized blockchain developers or an experimental codebase. Postchain has been built from the ground up to support the consortium database architecture.”

The main role of a blockchain, according to Chromapolis, is to manage data in a secure and consistent manner and to prevent double spending. To secure a decentralized database, Chromapolis chose to move forward with the relational model, a gold standard for database management for the last five decades.

A shared database within the Chromapolis protocol will store application data and make sure that data additions, updates and transformations are authorized and consistent with the application’s rules. It will feature a number of technical value-adds that will accelerate the widespread adoption of decentralized applications.

What Chromapolis outlines in its whitepaper are fundamental tenets of a decentralized application platform blockchain:

While Chromapolis acknowledges that not all decentralized applications may have these features, (some in fact may contradict each other), it hopes that developers will keep these principles in mind when designing and developing dapps. 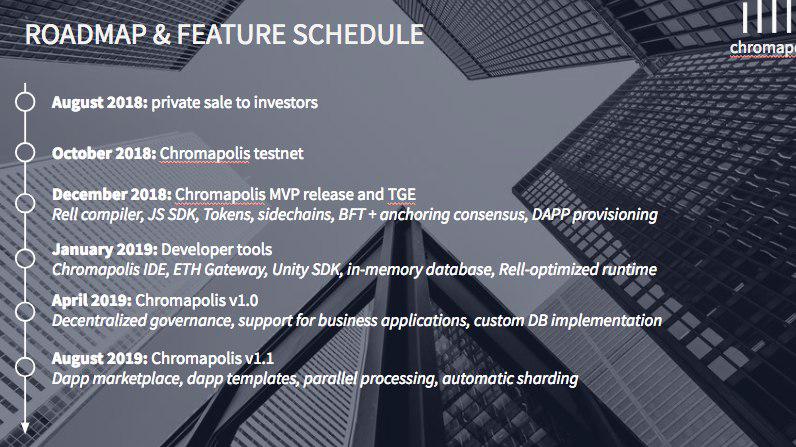 What Chromapolis is trying to achieve is comparable to cloud computing. Chromapolis software runs on nodes, (physical or virtual points of computing power.) Each node is controlled or owned by some kind of individual, organization, or collective (referred to as a provider).

In order to administer a Byzantine fault tolerant network, the network participants must know i) which nodes each provider controls, ii) providers are actually distinct and separate. Chromapolis is betting its chips on the idea of “social consensus.” Initially, ChromaWay will select a set of distinct providers given its expertise in the blockchain and IT industry. In the long-term, once the system has a sufficiently diverse set of providers, ChromaWay will step away to allow users and providers to vote for new providers.

Validator nodes will run a BFT consensus algorithm. PBFT-like algorithms are the optimal choice because they work sufficiently with small sets of validators, provide definitive finality, and make reorganization impossible. To harden security, Chromapolis blocks will be anchored in Proof-of-Work-based blockchain, such as Bitcoin or Ethereum. A user making high-value transactions may rely on Bitcoin security and await confirmation via Bitcoin anchoring before sending goods.

Nodes will be compensated for hosting decentralized applications. Considering the variability of computational resources and storage, Chromapolis will establish a marketplace where providers can offer capacity of their nodes. The long-run cost of using node resources will match that of cloud computing services such as Amazon Web Services. 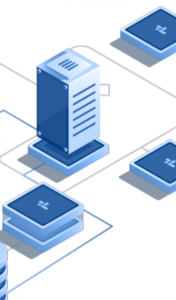 A Relational Model — blockchain data and application states are stored in a relational database, one that is best primed for flexibility, versatility, and consistency. Rooted in mathematics and logic, it is known to be able to model complex data efficiently. The relational model, under Chromapolis, will allow users to leverage the power of SQL database management systems, which have been optimized for decades.

Horizontal Scaling — Each decentralized application gets its own blockchain (or multiple blockchains), run by a subset of nodes. Increased nodes will increase total throughput.

Chromapolis will grant dapp developers a high degree of flexibility and control. By voiding any transaction fees, and collecting fees from dapps as a whole, developers are free to create their own fee and resource-use policies.

In Ethereum, all code lives in “contracts.” It does not, however, differentiate between individual wallet contracts and complex multi-user contracts, since they use the same resource metering and programming models. A huge shortcoming is how end-users must pay for every transaction in proportion to the computational and storage resources required for the transaction. Therein lies the notion that users are not ready to pay for every single click.

To create first-class dapps, Chromapolis willenable each dapp to create its own blockchain. Fees are paid by the dapp as a whole, not by end-users directly, giving developers autonomy to curate how they’ll charge transaction fees, if any. Dapps are also free to implement their own resource management policies to cater to economic needs rather than technical. 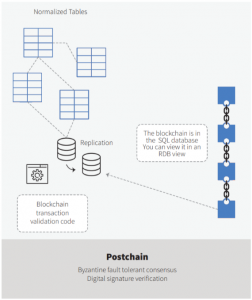 The progamming model in which Chromapolis is based allows developers to use existing open-source SQL database software to implement data store and query capabilities. Chromapolis is taking a more language-centric approach, one called Rell ([Rel]ational [l]anguage), used for dapp programming. It will allow programmers and developers to easily describe their scheme/data models, queries, and procedural application codes.

Rell will specialize in type safety/static-type checks to allow developers to catch programming errors at the compilation stage. Rell will be much more type-safe than SQL, and will make sure types returned by queries match types used in procedural code. Rell will also be safety-optimized, so that arithmetic operations are safe right out of the box. Perhaps what is even more important to facilitate developer-adoption is the concision, expressiveness and convenience of Rell. According to Chromapolis, Rell is 7x more compact than SQL.

Rell will make easy for programmers to use relational programming idioms they are already familiar with without expressing everything through relationship algebra. The language is deliberately similar to JavaScript and Kotlin, enabling some programmers to become proficient in Rell in a matter of days.

The Chromapolis protocol can support 50 million token transfers per day, per blockchain. The 2-second latency will support in-person payments. Decentralized application developers may incur custom fee policies, subject to free transfers, flat fee transfers, or proportional fee transfers. Through inter-blockchain transfer, tokens may also be moved between different blockchains within Chromapolis. The development team will aim to support non-Chromapolis blockchains in the future. 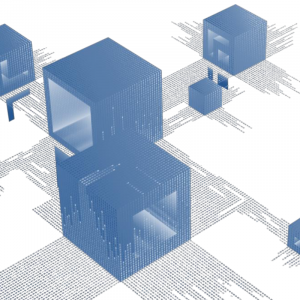 Running games on the blockchain is query-intensive, Chromapolis aims to provide developers with a highly information-responsive protocol.

A fast-growing sector of the crypto space, the gaming industry is ripe for disruption. Chromapolis will enable advanced games where the entire game world can be hosted within the blockchain, evolving over time according to pre-determined rules. A big issue with the Ethereum Virtual Machine is how storing a memory cell costs 5,200 gas. With a block gas limit of 8,000,000, Ethereum can only read/write 1,500 operations per block. Chromapolis aims for 100,000 cell updates per second in the MVP release, a capacity twenty times higher than the best public EVM-based chains. Massively multiplayer online games (MMOGs) are an example of a game genre that could utilize Chromapolis’s resources. Chromapolis is capable of hosting entire game worlds in the blockchain, also making sure that they evolve according to predetermined rules.

The benefits of Chromapolis’s cell updates include:

With respect to enterprises, Chromapolis sees huge opportunity in creating decentralized applications where data is either open, or can be openly hosted in encrypted form, or only commitments (hashes) need to be revealed. This will be particularly beneficial to applications whose primary functions is transparency. A Chromapolis-based storage option for its Esplix business platform will allow business to utilize Esplix contracts without running their own blockchain nodes.

Chromapolis outlines in its whitepaper the need for governance on both the system and the application level. The initial launch of Chromapolis will not have a sufficient quantity of independent providers. As previously mentioned, Chromapolis will decide who the initial providers are, considering their expertise in information technology and blockchain. Afterwards, Chromapolis will identify a set of users who are actively participating in the network, and allow them to cast advisory votes.

For application governance, Chromapolis created a system that enabled developers and users the ability to decide for themselves and experiment with different forms of governance. Overall, there are not any restrictions imposed on decentralized applications. In the case that a majority community is displeased with a decentralized application, or simply want to experiment with something different, fork tooling will be provided so that it can be done in a smooth and civil manner.

What is the corporate structure of Chromapolis?

The team behind Chromapolis is ChromaWay, a Swedish-based blockchain technology company with a wide portfolio of ongoing blockchain projects.

The Chromapolis project is currently being led by Alex Mizhari, who co-founded ChromaWay AB in May 2013 and has been its Chief Technology Officer since. Mr. Mizrahi is an expert programmer who has been a contributor to the cryptocurrency research & development community since 2011, according to Bloomberg. He was instrumental in the first implementation of Bitcoin 2.0.

Upon the launch of the system, there will be one billion tokens created. That constitutes the token supply limit, no tokens will be created in the future. Initial distribution of tokens:

Within the ChromaWay allocation, 15% (of all tokens) will be sold initially to select partners. The rest will be locked and released slowly over time. Up to 22% will be unlocked during the first year after launch, then up to 12% per year. ChromaWay and its subsidiaries will hold tokens for at least three years. This creates long- term incentive for Chromapolis development. After three years Chromapolis development and governance must transition to a decentralized model.

Promotional tokens will also be initially locked, and unlocked at a rate of 1% per month. Thus percentage of tokens in circulation changes over time: 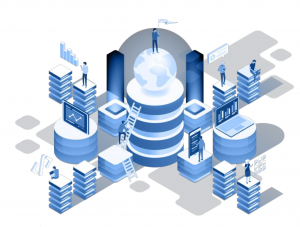 Chromapolis leaves it up to the developers of dApps to curate their own economic models concerning transaction fees.

What makes Chromapolis a unique project is how it aims to integrate relational databases on the blockchain (as opposed to using key value stores). For query-intensive dapps, it allows developers to easily adapt because its similarity to SQL, a decades-long database language embraced by the global development community. The use of sidechains and fast querying positions Chromapolis as an ideal protocol for gaming worlds, applications that require fast information interactivity/requests.

Perhaps another important aspect is how they don’t charge transaction fees. How decentralized applications charge fees is completely up to the discretion of its developers, which leaves a lot of flexibility for developers to curate their own virtual economies and tokenomic incentives.

Chromapolis is certainly an ambitious project with a solid team- it’ll be interesting to see which industries capitalize on their platform.

From Web 0.1 to Web 3.0: How Chromia Plans to Bring Mass Adoption to dApps 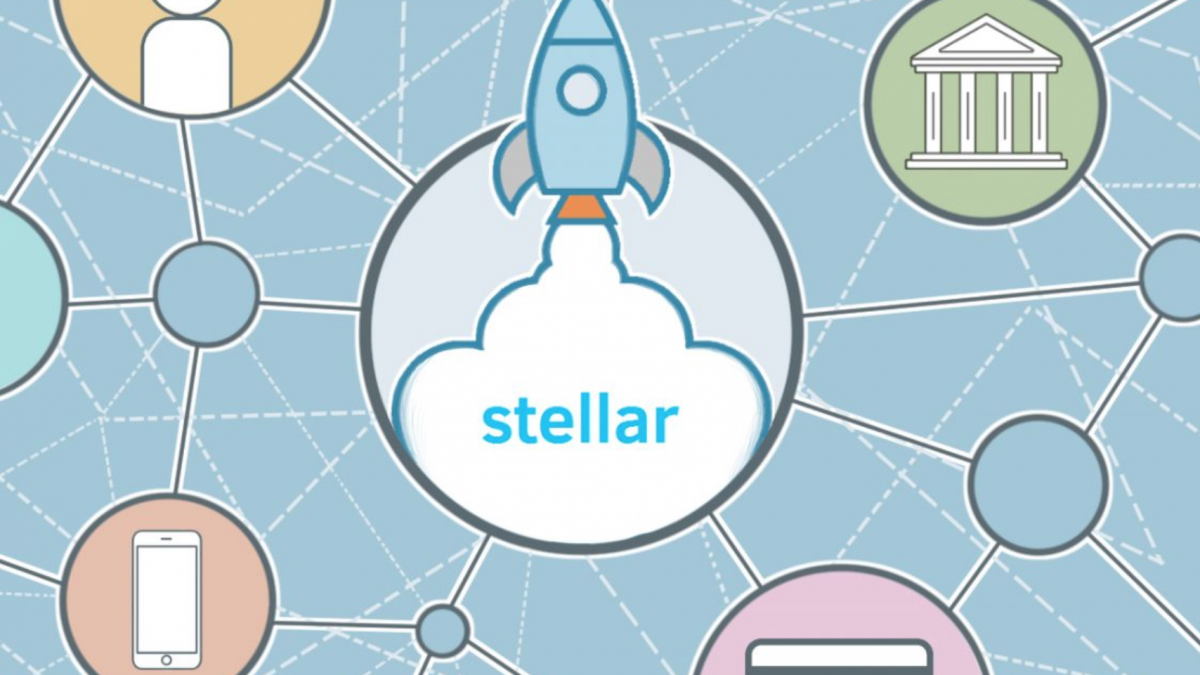