Humans and commerce have long been intertwined into the fabric of our society creating symbiotic relationships, until now. You see…

The Need for Blockchain

Humans are commercial animals. And ever since the first settlements, the growth of cities, and the advent of a complex market economy, commerce has been built on trust. Without it, business cannot be conducted.

Those who broker trust are known as intermediaries—and the foundation of modern society rests on complicated structures of fiat currency, stocks, bonds, other securities, and credit. Without intermediaries, these structures collapse. With reliable intermediaries, our faith in the system’s soundness verges on absolute.

This way of doing business has functioned for hundreds of years now, rapidly displacing older and more localized economic ideas with a globalized capitalism. Capitalism’s supporters and detractors agree the system is currently at its zenith—and while some retain faith in its ability to promote its subjects’ well-being, all trust it to continue accruing power, in the absence of any meaningful competition.

Trillions of dollars are notionally held in digitized form by thousands of corporations and millions of people, and exchanged daily through various payment processors at a click or a keystroke. Governments, companies, and private citizens have transferred their trust from antiquated institutions to this new digital world, believing it to be compatible with capitalism, consumerism, and entrenched forms of commerce. But should they?

The digital age of disruption has presented innumerable opportunities for capitalists, certainly. In particular, changes in technology have always driven economic growth; now, tech is economic growth. The digitized economy has also presented several obstacles, especially for institutions in older industries that find themselves forced to modernize and adapt.

Traditional intermediaries, like big banks and insurers, have become responsible for the storage, management and protection of our private and financially sensitive data. Alternatively, think about Google and Facebook whom make a majority of their revenue from ads by leveraging their users data from their service in exchange for highly targeted advertising. This is an important point for understanding the challenges of brokers in the Information Age—and how the judicious application of Blockchain technology can solve them. You have to ask yourself: Is the centralization of data with these intermediaries—like Facebook (2B+ users), AirBnb (150M users), and Uber (75M users)—a sustainable model? More importantly—with the notion that “all companies are data companies,” and the revelation that social media more or less exists to plunder and peddle its users’ personal information—can we expect them to protect our data anymore?

Some of the most established clients I’ve worked with in the Financial Services industry are finding that even good-faith actors contend with enormous challenges to protect data with their existing resources. Headwinds like privacy leaks, data-integrity violations, and suspect verification traceability scuttle consumer confidence, cutting into user bases and putting business models in doubt. The following are some examples to illustrate the scale of the challenges:

Personal information may be cheap, but data leaks are anything but—costing companies billions of dollars in lost business, legal costs and regulatory penalties, ultimately harming buyers’ senses of safety and trust. Yet as e-commerce continues to proliferate, so too will data breaches and corporate hacks.

A growing number of consumers and institutions that protect are data are simultaneously losing faith in traditional intermediaries to safeguard their data, whether from profiteering or incompetence. So it’s no wonder that an increasing number of corporate evangelists are turning to Blockchain—in all its mystique and artful simplicity—to regain their customers’ trust, yet again.

In layman’s terms: Blockchain is a technology that helps an enterprise share transactions securely with their business partners (peer-to-peer) via a common and immutable general ledger.

Mainstream consumers are probably most familiar with Blockchain through cryptocurrency. Cryptocurrency started to gain popularity in the early 2010s, eventually exploding in late 2017 to reach a peak market cap of $800B the following January. Though the market has dropped since then—stabilizing around $300B from June-July 2018—crypto has gone from being the province of a handful of privacy enthusiasts, counterculture warriors, and buyers and sellers of illegal goods and services to a mainstream store of value with numerous use cases that grow by the day (e.g., Since 2014, Overstock lets you buy in cryptocurrency, while Starbucks is building a platform to enable purchases with digital assets too). At present, institutional money is flowing into Blockchain initiatives, as companies seek to move the technology into a white space.

Blockchain works as a shared, replicated, distributed, and decentralized data store using business logic to immutably record, verify and validate transactions. It provides 100-percent accuracy of master and transactional data between multiple “non-trusting” parties. And it grants the possibility of near real-time visibility of a transaction chain, enabling standards-driven process automation. Just think: no middlemen; no double-spending; no scams—just the (hitherto) improbable parlay of transparency and accountability!

While there are differences between public and private blockchains, we will skip that topic for the sake of this Blockchain primer. Just know that private blockchains are generally more scalable and have higher throughput, which is why they are more suitable for large enterprises. For more info about the difference, I’d recommend reading about it on IBM’s site here.

Naturally, Blockchain’s most popular use cases are data verification, data reconciliation, and settlement between multiple parties via smart contracts.

What are the challenges to Blockchain’s widespread institutional adoption—and their solutions?

Like most emerging technologies under iterative and decentralized development, Blockchain faces some difficulties between the present day and its widespread commercial adoption and implementation, but it’s our contention that the technology is so robust, the solutions to these problems are built into the Blockchain itself:

But what are the benefits to Blockchain and when can we expect adoption?

A lot! From a cost perspective, Blockchain helps reduce the cost of verification and networking.[1]

Digital customers offer their personal data and privacy in exchange for a service, trusting the service provider won’t leak, share, or sell their information. MIT Sloan Assistant Professor Christian Catalini, an expert in Blockchain technologies and cryptocurrency, has commented: “In a business-transaction context, a Blockchain could be used to build a reputation score for a party, who could then be verified as trustworthy or solvent without having to open its books for a full audit, thus helping drive down the fee.”

For networking: Many intermediaries have gained a reputation for becoming reliable middlemen—Uber, AirBnB, DoorDash, Amazon—who process payments in exchange for a service over a secure network. As a result, these middlemen often incur service fees for matching the demand with supply. Blockchain could at once increase their trustworthiness and liberate them from these fees.

Catalini adds: “Suddenly you can bootstrap an entire network that can achieve internet-level consensus about the state and authenticity of a block’s contents in a decentralized way. Every node that participates in the network can verify the true state of the ledger and transact on it at a very low cost. This is one step away from a distributed marketplace, and will enable new types of digital platforms.”

But what about Blockchain’s mainstream adoption?

Generally, we expect Blockchain’s mainstream adoption to coincide with the timeline published by the World Economic Forum—so within the next 5 to 7 years, which I believe is conservative.

The World Economic Forum published a report entitled “Deep Shift – Technology Tipping Points and Societal Impact,” stating that, 58 percent of the experts and executives surveyed believed we would hit the tipping point for Bitcoin and Blockchain by 2025.

Though the cryptocurrency market is down 60 percent from January, it’s also up 200 percent from a year ago—and 2500 percent from two years ago. A massive amount of institutional money is pouring into Blockchain—and not much is leaving: rather than panicking and selling, crypto investors are famous for their mantra of ‘HODL’ during a downturn. In times of FUD – Fear, Uncertainty and Doubt – these are generally regarded as prime buying opportunities by seasoned crypto investors, and you can see why now.

At the government level, Blockchain and cryptocurrency developments are becoming more regulation-friendly in developed countries, such as a Japan, Germany and the U.S., as well as more societally acceptable in large markets like South Korea and China, and emerging markets like Africa. Though cryptocurrency is, on the surface, volatile, the best way to hedge your bets is by investing in the “picks and shovels”—and, by almost any standard, investment in the Blockchain technology can offer that to almost anyone.

First, identify the need and outcome for your Blockchain initiative. What use case(s) do you believe the Blockchain will help with? Who and how many stakeholders involved? What value are you trying to deliver? Is the organization culturally and financially in a position to embrace a disruptive technology? And—most crucially—what problems are you trying to solve?

Next, determine the business case, and choose a partner and timeline. Engineers with deep Blockchain expertise can facilitate a complex implementation and a smooth transition with change management methodologies; identifying the right platform, design, and architecture is key to a successful implementation. Deep-process experience and domain expertise in your sector are added pluses. Thankfully here at Lunar Digital Assets, we have a bench of experts that can steer you in the right direction!

Building Blocks to the Future 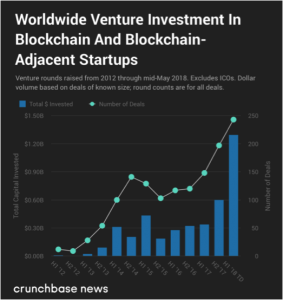 Blockchain technology is not just one startup—it’s a platform for all startups. As such, it can earn its early adopters trillions of dollars. Anyone who made significant investments in Blockchain five or even two years ago is already realizing newfound wealth. The sheer amount of smart money pouring into Blockchain—from savvy investors to innovation-centric companies—attests to our contention that it isn’t a scam or a bubble; it’s the way of the future. Already, the first half of 2018 has already had $1.8B invested and 200+ deals made in Blockchain globally from VCs. Finance and investing startup, Circle, just raised a $110M in their latest round valuing the company at unicorn status at over a $1B, joining Robinhood and Coinbase.

Its potential is no less than transforming the entire way business has done by harnessing the potential of the digital world to address its vulnerability to the kinds of breaches of trust it presents. Consumers, institutions, and intermediaries can benefit from its automated and immutable security features via smart contracts. Though the need for mutually beneficial agreements, the dependence on large-scale actors, the lack of standards, and the murkiness of governance are all potential stumbling blocks for Blockchain, the technology has so far shocked all its detractors (and enriched its investors) through the quality and quantity of its use cases.

Blockchain’s widespread adoption would mean a great reduction in institutional security threats, a long-lasting boom in e-commerce, and an empowerment of individual actors to be as they are without the threat of data leaks. The network effects have and will continue to compound with time too, thankfully.

Three decades after the advent of the Internet, it may very well deliver on its utopian promises for a more just and more trustworthy society. If it does, it will be because of Blockchain. 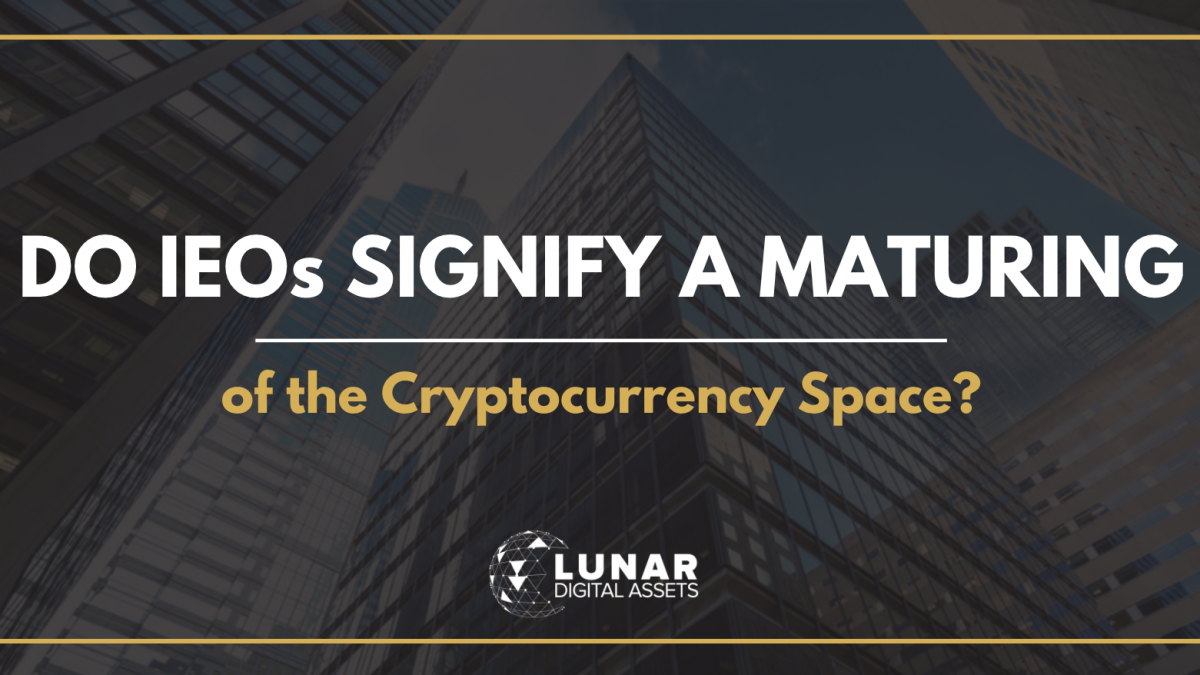 Do Initial Exchange Offerings (IEOs) Signify a Maturing of the Crypto Space? 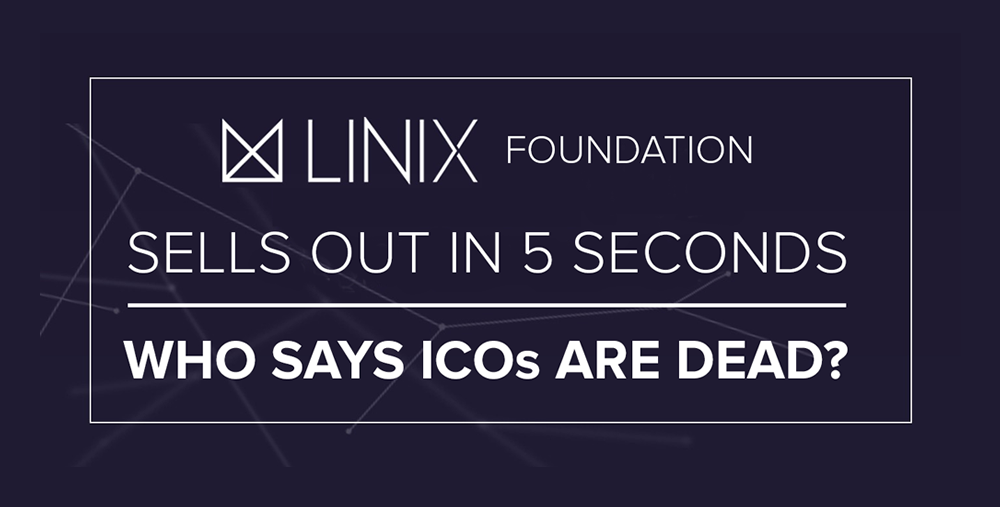